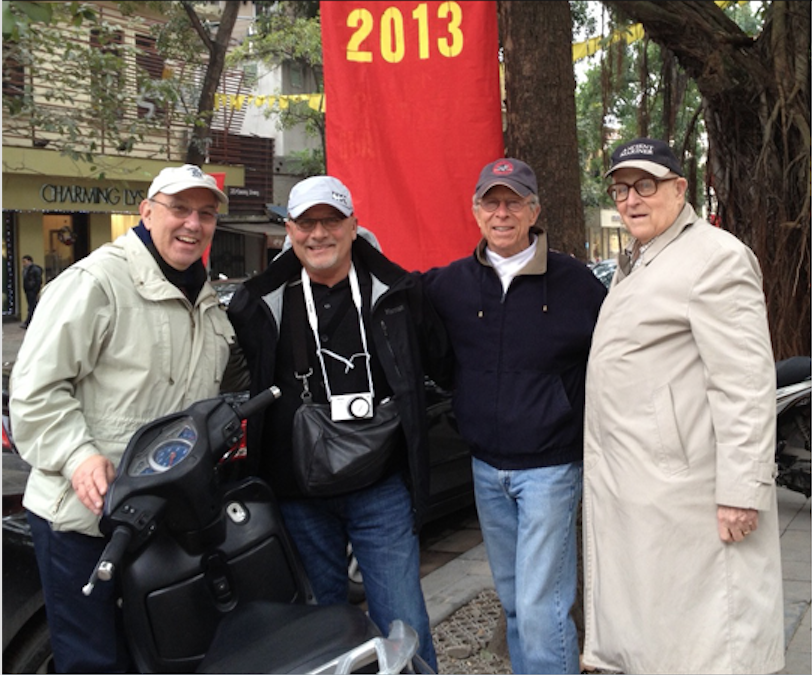 Above and Below. This is the four man delegation that went to Vietnam called the Gift of Recovery. This was organized by Dr. David Powell and included Ed Lacy, M.A., Tom Glancy, Ph.D. , and me, Allen Berger, Ph.D. Ed, Tom and I are all Vietnam Vets. Our group had over 150 years of being clean and sober and over 140 years of experience working in the field. I am very honored to be a part of this group of amazing men.

If you have read my personal story, you will know that I grew up in Chicago and served in the Marine Corps in Vietnam. When I returned to Chicago after being discharged from the Marine Corps, I attended Amundsen Mayfair Junior College full time, majoring in sociology.

I was pleasantly surprised to learn that I wasn’t nearly as stupid as I thought. I discovered that with some effort I was capable of doing well in college. As compared to high school—where I rebelled—I was now attending school for the right reason: because I wanted to. I was intrinsically motivated and committed. I had a goal, a dream, and a purpose. I enjoyed attending classes and reading. I looked forward to doing homework, turned in assignments in a timely manner, took copious notes during class, and usually arrived on time and prepared. I loved every minute of college. My recovery showed me that I had a deep desire to learn and grow. This was the beginning of a long and satisfying academic experience.

My college and post-graduate work progressed alongside my professional evolution. During the decade of the 1970s, I had the wonderful opportunity to work alongside some of the top addictions and psychology professionals in the field.

Throughout college I was fortunate enough to also work as a counselor, which gave me valuable clinical experience. In 1973 I was hired at The Western Institute of Human Resources, in Long Beach, California, to work with alcoholic families and their children. It was here that I met William C. Rader, M.D..

Bill was one of the brightest and most gifted clinicians I have had the privilege to know. He was the Clinical Director of an excellent outpatient program. The elegant and dedicated Joan McCrae was Program Director. We were one of the first programs in the nation to treat the entire alcoholic family. We worked with Naval personnel and their families who were in treatment at the Navy Alcohol Treatment Program at Long Beach Terminal Island. I received incredible training and supervision from Dr. Rader. He was a brilliant and creative clinician. He taught me much of what I know about alcoholism and addiction.

Dr. Judi Hollis also joined our staff, and together we did some incredible work helping alcoholics and drug addicts put their families back together. Dr. Hollis and I learned a lot during these years, especially when we started training with Walter Kempler, M.D., a pioneer in the field of family therapy.

The late Dr. Kempler translated Gestalt Therapy into working with families. Walt was an astute and powerful therapist. He taught me the art of treating couples and families from this potent perspective. The unique thing about this approach is that it helps couples become aware of how they are interacting in the here and now and what is missing. This is a highly effective approach to therapy. With it I have helped thousands of couples and families use their conflict and difficulties to forge better relationships.

Seven students were accepted in this program. Instead of being admitted to the Psychology Department we were admitted to the Medical School in a graduate clinical psychology in the Department of Psychiatry. This allowed us access to a tremendous amount of practical experience. The faculty at UC Davis were fantastic: Drs. Stephen Abramowitz, Dan Edwards, Leslie Green, Tom Morrison. Arnold Meadows. and John Batista, to mention but a few, were remarkable mentors and teachers. The education at UC Davis was excellent and refined my clinical abilities.

In 1982, while I was still in graduate school at UC Davis, Dr. Rader opened up a sister program to the one San Pedro Peninsula Hospital. The new program was located at South Bay Hospital, Redondo Beach, California. Jerry McDonald was appointed program director and I became a clinical supervisor along with Dr. Lealya Gary.

Jerry Mc Donald saw great potential in creating an active alumni program. He developed a program that trained former patients to facilitate aftercare groups to support our patients and their families after completing treatment. The Alumni Program contributed to our phenomenal success. Our program made a lasting impression on the South Bay recovering community. (If you attend the South Bay AA Round-Up, which usually takes place on the July 4th weekend, you can meet many of the men and women we helped.)

From 1983 to 1986, I had the privilege of being the Clinical Director of the Eating Disorders Unit of San Pedro Peninsula Hospital. The program was developed by Dr. Judi Hollis, author of Fat is a Family Affair. Judy created a terrific program. The staff was remarkable: Dr. Katherine Ruccione, Jack Soll, Michael Berman, Michael Lucid, Brenda Carl, Ralph Hoetger, Susan Owen, Anne Feakes, and Margie Dourmak.

In 1986, with both sadness and anticipation, I resigned from both South Bay Hospital and San Pedro Peninsula Hospital to fulfill the final requirement of my doctoral program — a one-year internship in psychology at Fairfield Hills Hospital in Newton, Connecticut.

The training program was outstanding. During my first rotation I had the opportunity to work with severely disturbed patients and their families. My second rotation was spent in a drug treatment program called EDON House. (EDON is an acronym for End Dependency on Narcotics.) The clinical experiences at Fairfield Hospital rounded out my clinical education.

After completing and defending my doctoral dissertation in 1987, which studied the effect of matching patients with counselors, I graduated from UC Davis.

I was eager to return to Southern California to open a private practice. From 1987 to 2004 I had a very successful private practice at The Center for Counseling and Recovery, which I co-founded with Roger Andes. Here we helped individuals and families suffering from a wide range of personal problems. I treated thousands of men, women, and children who needed help coping with the many challenges and adjustment problems inherent in life, especially during the first and second stages of recovery.

I moved back to California, and accepted the position of Clinical Director of La Ventana, an addictions treatment center in Malibu. La Ventana provided an unprecedented level of individualized care. I co-designed the program with Ed Lacy, the program’s former executive director. I am very proud of the program we developed.

In January of 2008 I returned to private practice. I am currently lecturing, writing, training therapists, and busy promoting my books, Love Secrets – Revealed (HCI Books, 2006); 12 Stupid Things that Mess Up Recovery (Hazelden, 2008); 12 Smart Things to do When the Booze and Drugs are Gone,12 Hidden Rewards of Making Amends, and the newly released book 12 More Stupid Things that Mess Up Recovery.

I am very proud of all of these books but especially 12 Smart Things because it discusses a very important and often overlooked area of recovery – emotional sobriety. Hazelden assigned Vince Hyman, an editor, to work with me on it. This was one the best collaboration I have had in my professional career. I am certain you will enjoy what we have created. Vince also worked with me on the two subsequent books I wrote for Hazelden on making amends and on further exploring the stupid things we do to mess up recovery.

I have produced and directed several audio programs on various topics in recovery and about relationships and how to better hold on to ourselves. You can learn more about these in the bookstore.

I have also produced a DVD program for chemical dependency programs. It is titled The Therapeutic Benefits of Group Therapy and is designed to be used in conjunction with my pamphlet from Hazelden titled, How to Get The Most Out of Group Therapy. You can learn more about this instructional DVD on my website. 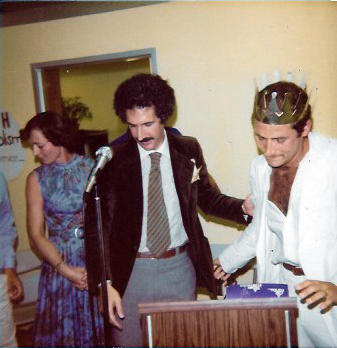 Above: Dr. Radar and Dr. Berger.

Below: Projects with colleagues The Institute for Optimal Recovery and Man Rules and Gestalt Experiential Training Program. 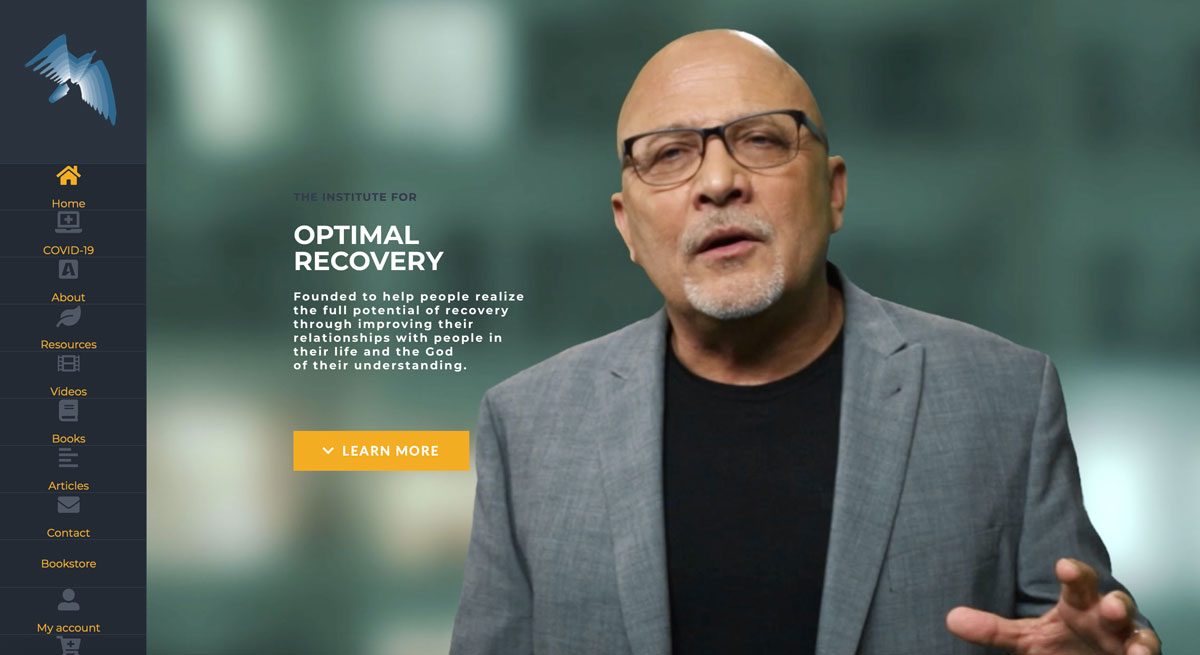 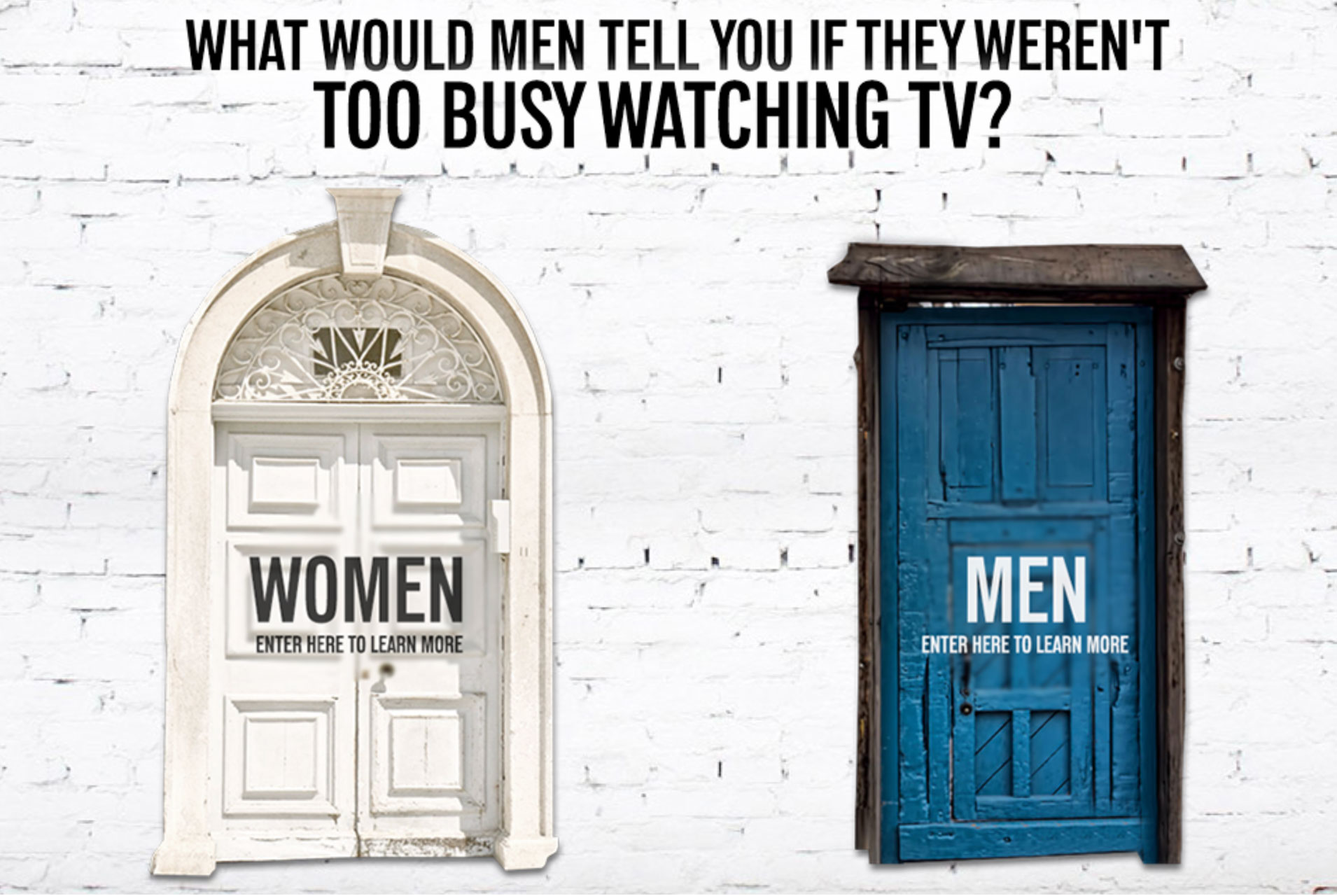 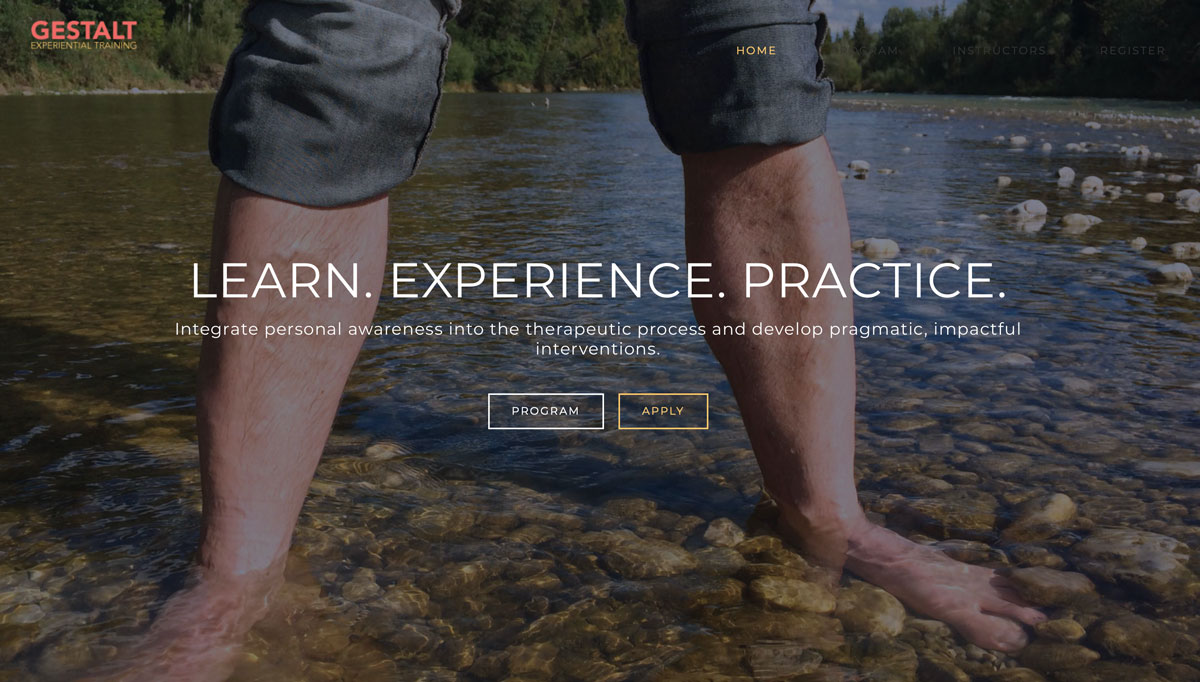 In 2016 I founded the California Institute for Gestalt Experiential Therapy. The Institute honors the memory and work of Dr. Walter Kempler. The Institute will continue to offer the highly acclaimed two-year training program in Gestalt Experiential Psychotherapy that was started in 2009. But in addition to the professional workshops and clinical training programs we will eventually offer personal growth groups, workshops to help people realize their full potential. You can download a brochure for the program or learn more about the Institute at www.ciget.org.

In 2017 we will be launching a very unique platform for both the recovery community and addiction professionals. The Institute for Optimal Recovery and Emotional Sobriety will provide state of the art information and experiences to help the person in recovery achieve full recovery or what we refer to as optimal recovery. To this end we will offer retreats, one day workshops, and Audio and DVD programs created to enhance and enrich a person’s experience in recovery.

For professionals The Institute for Optimal Recovery and Emotional Sobriety will offer certification in recovery counseling with an emphasis on emotional sobriety. You can learn more about this program by visiting www.optimalrecovery.info.

It has been an incredible professional journey. I am forever grateful to AA and NA, especially my sponsor Tom M., but also the therapists, professors, supervisors, friends, and family who encouraged me to develop my potential and pursue my dreams. They have loved me and supported me, especially when I wasn’t able to love or support myself.

I hope this has given you an understanding of the types of clinical experiences I have been privileged to have during my career.

If there is one lesson to take from my personal and professional biography, it is that I love life and I love what I do. It hasn’t been easy. Life isn’t easy. But continues to be a wonderful voyage.

If you are interested in learning more about my practice and my availability to work with you or lecture to your patients or train your clinical staff then please go to the section on my Clinical Services.