I grew up in the Windy City — Chicago, Illinois — in the 1950’s. I lived on the northwest side of town in a neighborhood called Jefferson Park. Chicago is a great city, and I was fortunate to grow up there.

I am the oldest of four. My father, Alvin Jerome Berger, was a metallurgical engineer who worked for Honeywell. My mother, Louise Pressano, was a homemaker. Dad was half Norwegian and half Russian Jew, and Mom was Italian. I’m sure these cultural differences created many challenges in their marriage. But overall, I sensed they respected their differences.

They had a typical 50‘s marriage, with traditional marital roles. Mom loved to cook and hold court while sitting in the kitchen smoking Parliaments and drinking coffee. I can still taste her mouthwatering meatballs, pasta, and eggplant. Dad was a devoted family man, a great provider, and a good son who enjoyed photography and loved spending time with his four children. (I still remember our trips to the Museum of Science and Industry and to the Natural History Museum.)

Up until about ten my life was good. But my life changed dramatically in 1963, when my father died of cancer. 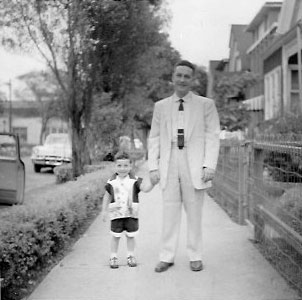 The Impact of Tragic Events

“Chitown” has cold frosty winters, especially when the “Hawk” blows (these are gusts of winds that come off of Lake Michigan).

It seemed that the winter of 1963 was the coldest ever, but not because of the temperature. That year, on December 26, my dad died in the early morning, alone at the hospital. I remember staring out the window of the living room at the dirty, gray snow on the corner of the street. Something deep inside me froze that morning. I would never be the same again.

Alvin Jerome Berger was a wonderful father. We were very close and I was devastated by his death. I had no concept of how to cope with losing my hero.

My loss was much greater than losing my father. I lost my entire family that day. We were all devastated. My mother fell into the abyss of her grief. I was lost to my grief and so were my two brothers and sister.

I have always been shocked that no one, and I mean no one, asked me how I was feeling about my father’s death. It seems like we didn’t talk about anything personal in our family. I think this was the norm in most families at that time.

Our silent decision not to talk about our feelings had a huge impact on me. One impact was negative. My sense of isolation contributed to other problems as I became an adolescent. I internalized my grief. But pain finds its way to be expressed. I acted out or acted up. I became a very angry young man, and ended up having a serious personal crisis abusing drugs and alcohol, getting in fights, skipping school, stealing money from my mother, and eventually dropping out of high school.

But another impact was positive. I am certain this experience influenced me to become a psychologist. Deep inside I made a commitment to ask people the questions that I was never asked. To invite them to let me face their pain with them. To let no person in pain suffer alone. But before I could act on this commitment, I had a long, tough road to travel. 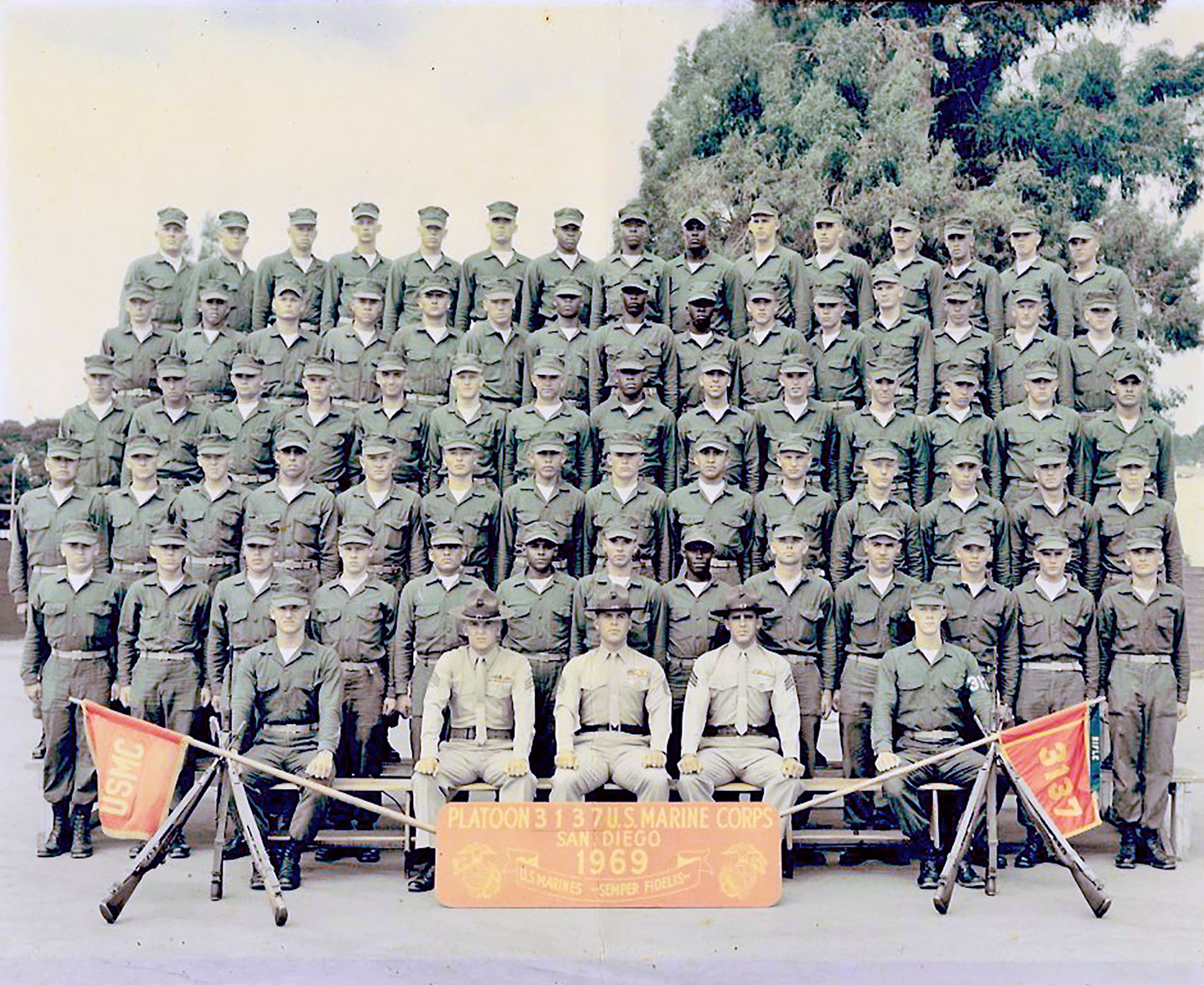 At 17 I joined the Marine Corps, hoping they would help me find myself and become a man. I was just clearing the sleep from my eyes when I arrived at the Marine Corps Recruit Depot in San Diego, California in the summer of 1969. A year later I was serving a tour of duty in Vietnam with the 1st Marines on Hill 55, just 15 kilometers south of Da Nang. The drug abuse that began in high school peaked during the eleven months I soldiered in Vietnam. I returned to the States with a serious problem.

I arrived in San Francisco from Vietnam feeling lost and confused. I wasn’t ready to come back to reality; none of us were. I didn’t know how to reconcile the difference between being in combat versus being back in the States. The Marine Corps didn’t help us with this transition, either. There was no reentry program to debrief us and prepare us to return to “normal” life.

Before I left for my final duty station in Hawaii I went home to Chicago for a 30-day leave. I used drugs and drank daily. I was fried and burnt out at the end of this leave from daily drug use and endless parties.

At the end of my leave my so-called friends escorted me to Chicago O’hare Airport. They filled my pockets with joints and pills of all different kinds including LSD, speed, and Barbiturates. I was looking forward to some great times in Hawaii.

I boarded the plane in Chicago for LAX but had to change planes in LAX to get to Hawaii. I was shocked when I arrived at the gate in LAX to board the plane to Hawaii — everyone was being screened before boarding. I panicked. Remember I was pretty burnt out from partying for the past 30 days so I wasn’t thinking clearly. I was paranoid and thought they were looking for drugs.

I must have looked highly suspicious when I stepped out of line. I decided the best way to get rid of the drugs in my pockets were to bury them in the sand filled ashtrays all around the perimeter of the airline terminal. What I didn’t realize is that security was following me and digging up the drugs I was burying. After disposing of the drugs I returned to the line and passed through security. I was immediately pulled to the side and taken in a back room. The drugs I had buried were spread out in front of me. I was busted. Here’s where an angel must have been watching over me. Instead to arresting me and taking me off to jail, the LAPD Police Officers decided to give me a break because I was a Vietnam Veteran. They told me that they would report what happened to the Commanding Officer of KMCAS.

I understood that the Marine Corps had a zero-tolerance policy for drug abuse. Addicted or drug abusing Marines were either thrown into the brig or dishonorably discharged or both. As always I hoped to find a way out of the mess I had created. I thought that if I voluntarily turned myself in for help they might be more lenient in my punishment. I went to see the First Sergeant shortly after arriving for duty.

He informed me that I was one lucky Marine, that the Corps had just instituted a drug exemption program that would allow me to get help without being discharged. It was in the summer of 1971 that I entered into a drug treatment program that saved my life. That was the beginning of the miracle.