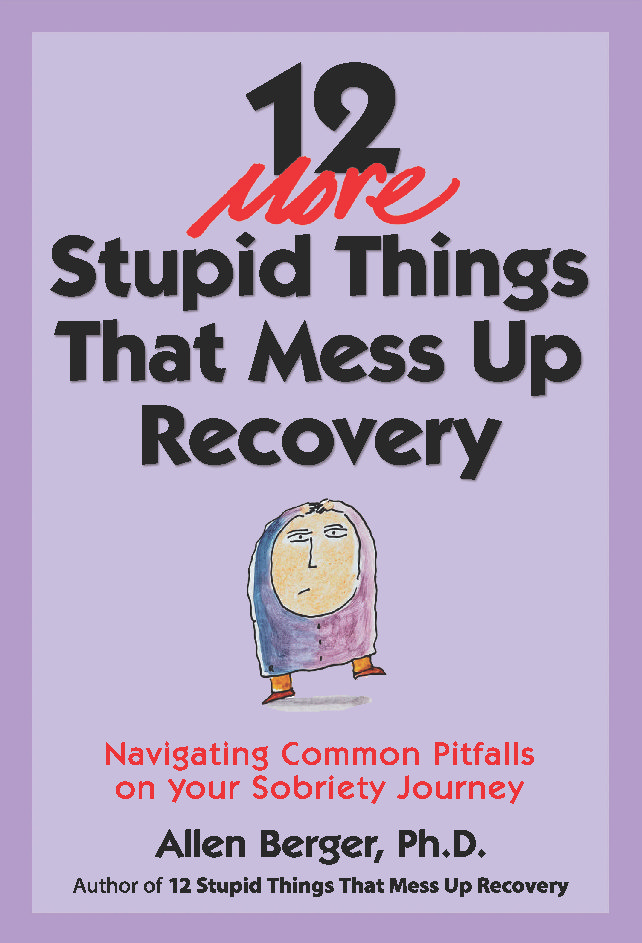 An excerpt from
12 More Stupid Things That Mess Up Recovery
by Allen Berger, PhD., Hazelden Publishing

Let me give you an example of the power of forgiveness. Nathan was shaunted by his father’s abusive behavior. A curious characteristic of Nathan was his hatred of vegetables: he never ate them, and they made him nauseated whenever he was close enough to smell them. This hatred grew directly from the abuse he had experienced.

He’d grab Nathan by the back of his hair, pull his head back, scoop up a handful of vegetables from Nathan’s plate, and stuff them in his mouth. He’d cover Nathan’s nose to force him to open up his mouth and swallow the vegetables. Nathan would struggle valiantly against his father’s grip, but to no avail. Finally, Nathan would submit and swallow the vegetables, but then throw them up— sometimes all over his father, who would then beat Nathan for vomiting all over him.

In our session, I asked Nathan to imagine his father sitting in an empty chair beside him, and to let his father know what he had done to his son. Nathan looked at the chair and said, “You are a cruel bastard. You had no right to stuff my mouth with vegetables and force me to eat them. I have a right to say that I don’t want to eat something.” He then changed chairs and played his father: “No, you don’t have any rights. I will tell you what rights you have and what rights you don’t have. I am in control of you and what you do!”

I told him to repeat that last line and listen carefully to himself. He repeated what he said, “I don’t like vegetables, and I never will. I will vomit them all over you if you put them in my mouth!”

A very different look came over his face. He smiled and turned to me and commented, “He couldn’t make me like them and digest them, could he?”

“No, he couldn’t,” I told him. “You kept your integrity the best way you could. You were a very brave young man!”

Nathan was blown away, and he began to cry. He never thought of himself as being brave and as having any power, but he did. His father couldn’t totally dominate him. Nathan’s vomiting was the way he stood up to his father; it was his opposition and defiance. Nathan felt great about seeing himself in this light. At that moment, he stopped being his father’s victim and instead became a hero. He changed the narrative— he changed the story he told himself and no longer needed to blame his father for his own unassertiveness. At long last, he had taken the final step in the process of forgiveness.

Forgiveness released Nathan from his painful past. I saw him a month after our session, and he told me he felt more powerful than he had ever felt before. He said, “I have finally forgiven my father.”

Seeking to right our wrongs and take responsibility for what we have done wrong also releases us from our need to be right. We can end conflict with our fellows. We can stop trying to convince others that we are right and they are wrong. We can find a place beyond right and wrong to meet and heal, to restore our integrity and our victims’ wholeness. Once we’ve forgiven those who have harmed us and are free of the burden of carrying it for so long, we experience the next hidden reward: autonomy and emotional freedom.